Today I attempt to combat a problem that not very many people care about in the least. But I care! From the response to yesterday’s post about heirlooms, it seems at least few readers out there care too. I must take advantage of that! So in order to strike while the iron is hot, I’ve thrown together a rigorous screening method to determine who is truly worthy of your next big knit (or crochet, or quilt, or what have you). If you decide to use this to also determine who is worth cooking dinner for, or whose laundry you will do this week, that is of course, entirely up to you.

Are They Worth All That Knitting?

Sometimes we have to make a hat or a scarf just to make a whiner stop whining and go away. Oh don’t look at me like that! You all know what I mean. These are the whiners who say “You gave my sister/brother/best friend/dog a scarf and I want one too!” So you make them a scarf just so they will leave you alone.

That’s perfectly reasonable. But before you take off on a HUGE summer project, make certain that the intended target of such yarn-y affection is worth all that time and effort. I don’t ever want to hear another story from a crocheter who went to visit their soon-to-be-ex friend who thought it was a laugh to let their dog drag her handmade something-something around in the backyard. (Who was it that happened to? It was one of my regular commenters and it just broke my heart.)

So I’ve came up with a point system we can all use to determine if the person in your life is worthy.

By the way, this system shouldn’t be used on babies, cats, or dogs. They are almost certainly not worth the knitting effort on their own merits because they are usually spoiled brats. But their cuteness makes up for that, and we are big enough to make them wear what we’ve made whether the little cutie likes it or not!

Start by giving your possible gift target 100 points. Yes that many. I’ve had my coffee and I’m feeling generous.

1) Ask to see their holiday decorations.

It doesn’t matter what holiday they hoard for be it Easter or Christmas or Halloween. That’s not what we, the crafty crafter, are interested in. Instead listen to them as they pull out their ornaments and knick-knacks.

2) Have they ever saved you from looking like a complete dork?

If your possible gift-ee has ever walked into a room and interrupted a conversation so they could immediately tell you that you have something stuck in your teeth, give them 20 points. If, however, you discovered that they let you teach a whole lesson with a piece of oregano from your pasta salad stuck between your front teeth, subtract 139 points. Also make them some pasta salad with lots of oregano in it right before their next job interview.

3) Are they willing to look like the dork to make other people happy?

Any adult who goes to their job while wearing the rubberband bracelet that their daughter made for them over the weekend gets 10 points. If they are male they get an extra 10 points. Don’t fuss at me about gender equality and fairness and social conventions. I live in the real world and men who will wear kiddie/girly stuff to make their kids happy are rare so they get extra points.

4) What happened the last time you showed the possible gift-ee a pattern you’ve found on ravelry and would like to make?

5) If you tell them “Yes, I can make you that sweater but you’ll have to buy the yarn” and they:

If you’ve diligently applied this method then your gift candidate either has a several hundred points or is a couple thousand in the hole. Its one or the other with very little in between. The appreciation for handmade things is like that I think. Some people see the value and they LOVE it. The others will treat your stuff they same way they treat a cute coffee cup. Your gifts will either be priceless or disposable. Give accordingly.

Now.. if you are in the middle of a big project and realize that your intended recipient is turning on ESPN and talking about jet skies, here is what you do. You finish the item and KEEP IT FOR YOURSELF. You could always use another blanket. Men’s sweaters look cute on women. That baby-girl dress will look adorable on your dog.

Hope that is helpful. Hope someone read all the way to the end. I mean there aren’t even any pictures in this post. Its all just me and my snark and that’s kind of boring.

Signs that you are HARD CORE
Life Affirming Knitting
It Ain’t a Rut, Its a Groove

AMEN! Thank you for this! Sadly, one of the worst is my own daughter. HER daughter, amazingly, though only six, loves handmade, and brags to her classmates about her Gramma. There’s hope.

Then you know who will get all of your yarn-y glory! And six year old girls are a DREAM to knit for. Those little girl patterns are so freaking cute.

Guest
ceresandraste
Share On TwitterShare On Google
I’ve had both. My sister literally SQUEED when I gave her a set of opera length fingerless gloves (that I had made for myself actually, but the yarn inflamed my eczema) and I immediately thought, “That girl is getting a hand knitted shawl.” She has been asking me since before my wedding when she knew I was knitting a ton of them. My aunt has cried when I gave her knitted presents. But on the other hand, I don’t think my dad even remembers that I knit him a scarf (I HATE knitting scarves). So in the end it seems… Read more »
Vote Up0Vote Down  Reply

Trail and error is the best way to reveal who is worthy and who is not! If the receoint immediately puts it on and shows it off, they should get more.

Sorry about your Dad. Go steal that scarf back from him! lol. Except I’m not kidding. Just go steal it and give it to someone else.

You have found a perfect fit for each of my relatives in this article. I don’t even bother to try to suit them anymore.
I have taken most quilts, etc. for the “recently homeless and now housed” center.
They seem appreciative that someone thought to help them settle in to their new homes.

Good. Take your beautiful items to people who appreciate them and let your relatives buy from the big box stores. Its sad but some people don’t even know what they are missing.

I’ve knitted for a younger cousin, but I prefer to make things for the crafters in my life. I gave my mom a hemlock ring blanket and she uses it as a table cloth for her main coffee table… purl side up. I don’t mind it~ She uses it well. 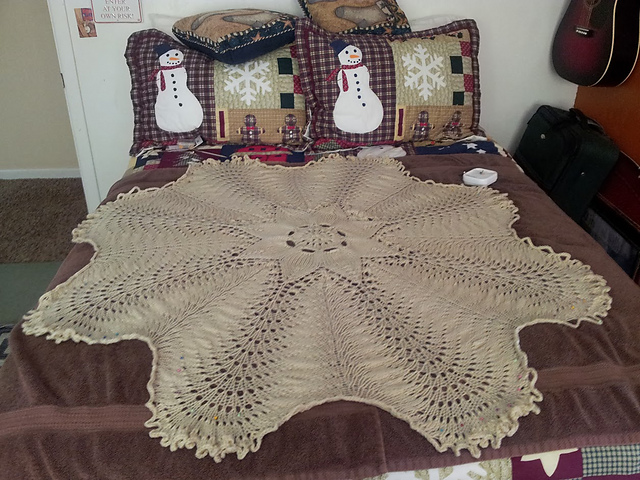 I also knit for my residential bug catcher. He’s a friend who’ll drive to my apartment to kill and clean up my bugs 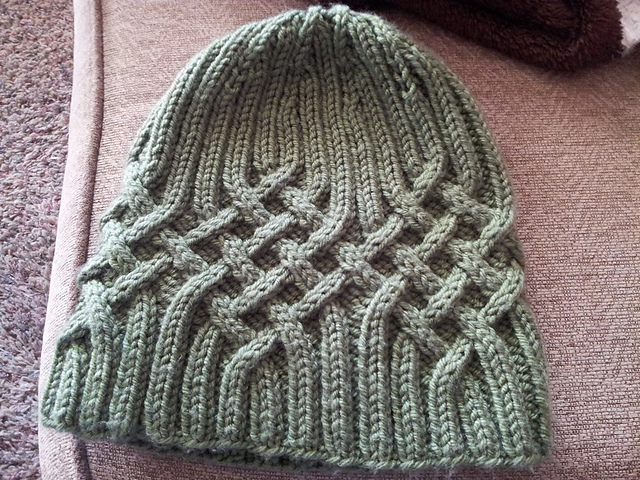 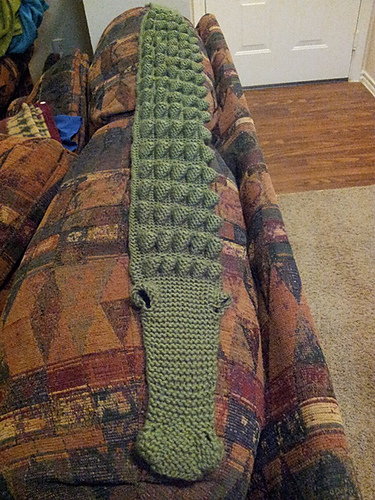 ^ These were thank yous. He’s always cold and he has written instructions for their care.

I know that hat!!! That’s a Knotty but Nice! (right?) I love that pattern.

Okay. maybe I should modify the point system to include people who will slay insects on your behalf.

It’s totally the Knotty but Nice! He even takes care of his knits so I never shy away from knitting for him.

Its nice to have an appreciator of knits isn’t it? I hope he slays many bugs for you and you reward him with knitted favors. Its like some sort of twisted fairy tale!

All great tips but you left out one important thing. If your intended recipient washes wool thingys in the washer. Or ( horrors! ) tends to use very hot water, then forget you ever knew them. No point system needed.

very true. Anyone who felts a woolie is drawn, quartered, boiled in oil. Also they never get another stitch.