If crochet was something you could major in at university (and for all I know you can do that these days), then Pineapple Lace would be popular minor of study. Professors would compete for who got to teach Introduction to Making Pineapples. Students would do comparative studies of pineapple motifs and post-doctoral candidates would argue passionately about the origins of “pineapple derivative designs”. I’m telling ya, pineapple lace is a serious thing and hookers have been known to get hooked on pineapples in a big way.

The iconic image of pineapple crochet is the pineapple doily. I’ve rounded up a few free pineapple doily patterns for you. But before I get to all that, I want to ramble a bit about the history of pineapples and why this South American fruit plays such a big part in our iconic history.

Christopher Columbus discovered pineapples on his second voyage to the New World in 1493. By discovered I mean that people who had cultivated, harvested, and prepared pineapples said “Hey Chris, try this fruit”. Pineapples seem to originate from South America and had already migrated to the Caribbean by the time Columbus got there. But good old Chris did manage to get ripe pineapples back across the Atlantic in the 1490’s and that alone was an accomplishment. Pineapples were a big hit in Europe. They quickly became the thing all wealthy nobles had to have at their table. In fact, pineapples were so expensive and so luxurious that just having one as a centerpiece was impressive. And so pineapples became a symbol of hospitality.

Once Europeans started settling in the Americas, pineapples seem to have spread to north. In the colonies, pineapples at dinner was an extravagance. In fact, they were so ubiquitous with wealth that pineapples started appearing as an artistic motif in wood carvings and paintings to inferred a level of elevated refinement.

In American culture, pineapples became intimately associated with Hawaii for reasons that… I actually don’t get. They aren’t a Pacific fruit at all. But even so after World War II, when Polynesian was the in thing, Americans were all about the pineapple. They were into crochet doilies too and that’s why we have so many of 1950’s era patterns for pineapple doilies.

Now crocheting a pineapple motif is actually quite easy. Its so easy that there are dozens, maybe even hundreds, of ways to crochet a pineapple. If you’ve never made a pineapple, Craftsy has a great tutorial to get you started. Its super quick; you make just one stand-alone pineapple in any yarn. That little exercise will teach you that a crochet pineapple is just a shell (or fan) topped with chain stitch arches.

Here is the one that I whipped out by following that tutorial.

Most pineapples aren’t stand-alone of course. They are part of a whole pattern of course and, as I mentioned above, there are countless ways to make this motif. But I do think that making a quick little pineapple is a great way to learn the basic structure. And its fun. And now I have a pineapple coaster.

But on to the pattern round-up! Here are some free, classic crochet patterns that will gently ease you into the addicting pastime of hooking pineapples.

I promise you pineapples

This is the modern-day pineapple pattern. You may have seen it before. Its all over social media and has been for years. I like it because the pattern is well written, there is pattern support on Ravelry, and the name tells you that the designer knows about the significance of giving and sharing pineapples.

The prototype is made with 450 yds of sport weight yarn but you can make them in anything.

I love Doris Chan. She might be my favorite crochet designer of all time. And she does pineapples. I’m including links to two of her free pineapple-motif-including patterns but she has more than just this.

Now I can’t do a post on crochet pineapples and not include doily patterns. They used to be the definitive sign of suburban gentility. And what could be more practical then a handstitched lace mat in white thread that you put plates of food on?

The instructions are… not bad actually. Its written in a style that is pretty close to modern American terminology. There are written directions for a large doily and a small doily. There are a few stitch illustrations and two detail pictures that look like a forerunner to crochet charts.

Modern Take on the Pineapple Doily by Priscilla Hewitt

Tupperware parties and playing Bridge with the neighbors might not be all the rage anymore but crocheters are still making pineapple doilies. Priscilla Hewitt has the most popular pineapples doilies on ravelry. She makes hers in size 10 thread because she is a crazy person. I say, make these patterns on worsted weight cotton and enjoy your new tablecloth.

So how into crocheting pineapples are you? When I tossed my little green practice pineapple on the table at my last sit-n-stitch, a certain crocheter actually squealed with joy. That one has an obsession with pineapples and she not the only hooker out there that has gotten lost in the world of yarn-y pineapples. So enjoy discovering a tradition of crochet lace.

What Are the Roving Crafters Buying? 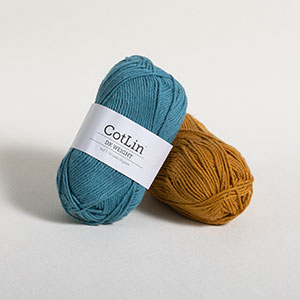 Save Our Stitches: Fixing Lace Knitting Mistakes
from: Craftsy

17 Comments on "Pineapple Lace is a Crochet Tradition"

I tried putting pineapples on a bag I was making, but really had trouble making them lay flat. If I had put a lining, I could have stuffed them and made them really dimensional! Thanks for sharing these with us. My wish-to-do list is getting too long to fit in my notebook. Any thoughts about right side up and up side down on pineapples?

A good pineapple design should lay flat after blocking. Before blocking there may be some puckering and curling but chain arch/mesh is very forgiving and will adjust to the shape you need. If you ever want to try another pineapple bag, check out

Not sure what you mean by right side up and upside down. Like side-by-side pineapples that point in different directions?

People also used to rent pineapples to look like they had more wealth. And that save my stitches class! I need that in my life!

I remember reading that once! In the 1700’s people would rent pineapples to put out as decorations at parties. lololol

Ahh yes, the lovely pineapple. I am for them in any direction, round or square or otherwise. Lace always look pretty, when it includes several pineapples. I have to say, I prefer them in thread, but I’ve seen many new shawls and wraps done in yarn, that also look nice. LOVE the pineapple house !!! What a find Jenn ! Really, they are quite easy to stitch, and like anything else, they get easier with practice. Hooray for pineapples !

Hooray for pineapples indeed. You sounds like a pineapple expert!

And that pineapple house is just the ultimate. I wonder how much of the decor inside is pineapple? Probably quite a bit. I’m sure they have a pineapple doilie or two.

Hello 🙂 I’m a recent subscriber and i adore receiving your emails! Always make me smile and so interesting. I’m in Australia but I’m Scottish originally and I remember going to the pineapple as a child. Lovely to suddenly see a photo here! Thanks for all you share 🙂

Oh wow. You’ve been to the pineapple house! I’d love to hear what it looks like on the inside. I imagine lots of pineapple carved into wood furniture and pineapple lace bedspreads on every bed.

I’m glad you found me!

I have wondered about the history of the pineapple motif. Thanks for the history. And those shawls Wow I really want to make one (or both)! And that square doily would make s great jumping off point for a gorgeous placemat. I love to crochet lace. My wish list of must make crochet/knit items is getting a bit overwhelming. You do know that you are a world class enabler? Lol just keep up the great work!

lol. I try! So glad that you found a few more things you need to make. Part of my evil and dastardly plan is to keep everyone starting new projects.